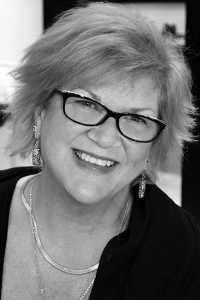 “After an extensive career in hairstyling, haircolor, salon management, and being an educator, I have founded at last. . . a hair color studio to provide the best possible service to my clientele, and to provide an environment for other talented haircolor, styling and cutting specialists to share their expertise with their clients as well.”

From 1978 until present, Lori has honed her craft at several local and regional salons in Central Virginia and South Carolina, after receiving her initial training in Myrtle Beach, South Carolina. For the last three decades, she has received extensive expert training in the areas of advanced haircolor, corrective color, haircutting, and business management.

Lori has served as an educator for JOICO INTERNATIONAL and REDKEN LABORATORIES, conducting seminars, coloring, cutting, and styling hair for models appearing in trade shows, and operating sales booths at trade shows.

Lori has also served as a Verocolor Platform Artist where she performed on stage in front of an audience of fellow hairdressers and taught the current trend in haircolor. She has performed at several shows including the 2000 Chicago Midwest Beauty Show.

Currently, she enjoys bringing the very best look, feel, and color to her client’s tresses in her busy salon. Lori loves to travel, and attend education seminars nationwide. Favorite activities include cooking, traveling, live music concerts, getting in shape, and rediscovering herself.

Comments are closed, but trackbacks and pingbacks are open.